We kicked-off PRIDE Month early here in the Capital City on May 15 for the inaugural DRYY RUN DC x HRC. Teaming up with our friends at Dryy Garment Care and a number of other local small businesses we raised awareness, advocacy, and funds through fitness benefiting the Human Rights Campaign Foundation.

About The HRC Foundation – a tax-exempt 501(c)(3) organization – envisions a world where all LGBTQ people can participate fully in the systems that shape our daily lives. Through public education, research, and policy and practice change, the Foundation’s impact can be felt in schools, on factory floors and corporate suites, and in places of worship. It touches LGBTQ lives from childhood through end-of-life, people of all races, ethnicities, sexual orientations, gender identities, abilities and religious beliefs, in big cities and small towns, in the United States and across the globe. 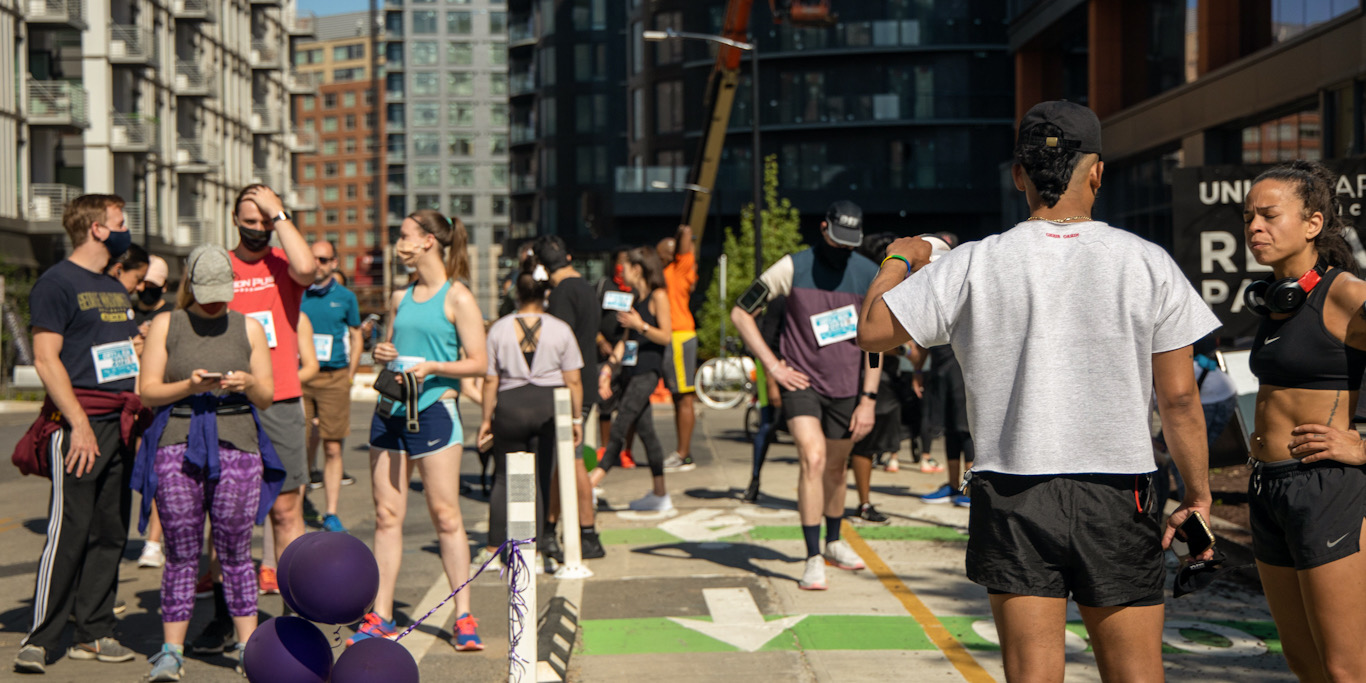 CULTURE:
May 30 and June 1 marked the 100 year commemoration of the Tulsa Massacre. This horrific 2-day period in American history claimed the lives of hundreds of Black people and destroyed the flourishing community of Greenwood at the hands of a violent, racist, White mob. Ultimately no one was ever brought to justice for this deadly act of domestic terror and the story was largely left to be forgotten much like other thriving Black communities that endured similar acts of violence post Civil War Era. 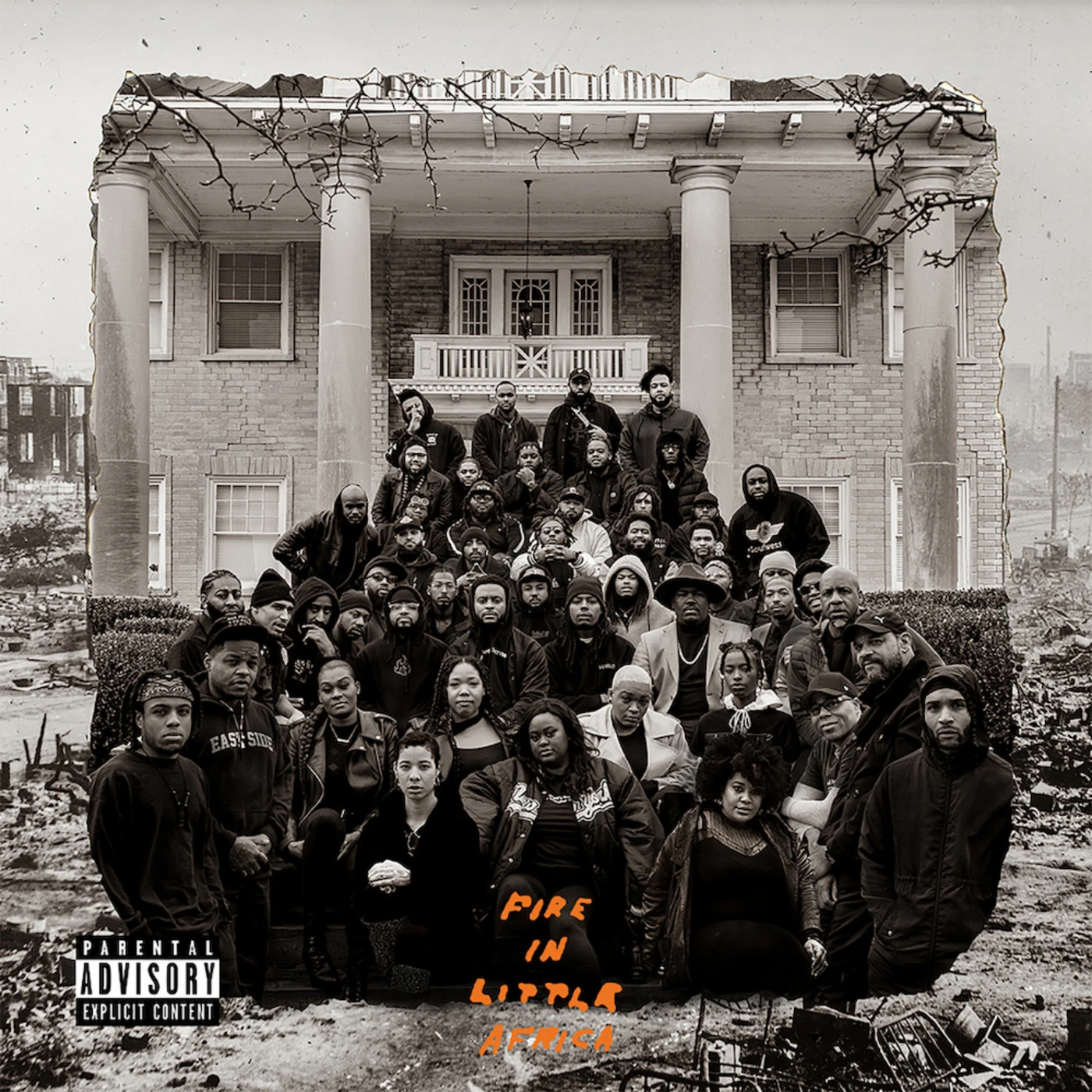 Over the last century the story of the community also known as Black Wall Street has been kept alive by the remaining survivors and the descendants. Some of those descendants are the driving creative force behind the incredibly poignant album Fire In Little Africa.

“A groundbreaking album of original material, written and recorded by a collective of Oklahoma hip hop artists to commemorate the 100th anniversary of the Tulsa Race Massacre – will be released on May 28 by Motown Records/Black Forum in partnership with Tulsa’s Bob Dylan Center® and Woody Guthrie Center®.” - The Black Wall Street Times

“Fire in Little Africa is the story of the passion and resilience of artists in Tulsa leading the community through music, art and entrepreneurship."

The Woody Guthrie Center and Bob Dylan Center® are proud to present this album, documentary and podcast in collaboration with the 1921 Tulsa Race Massacre Centennial Commission. Fire in Little Africa brings together the top rappers, singers, musicians and visual artists in Oklahoma to commemorate the centennial of the 1921 Massacre and introduce Tulsa’s hip-hop culture to a global audience.” - FireInLittleAfrica.com

COMMERCE:
Early this week we proudly released our Juneteenth “Freedom Day” flag tank top. This is our ode in commemoration of Juneteenth; a celebration of resilience.

Our purpose is to provide a form of symbolism through style and bring greater awareness to the significance of this day in American history and to the cultural fabric of our Nation. 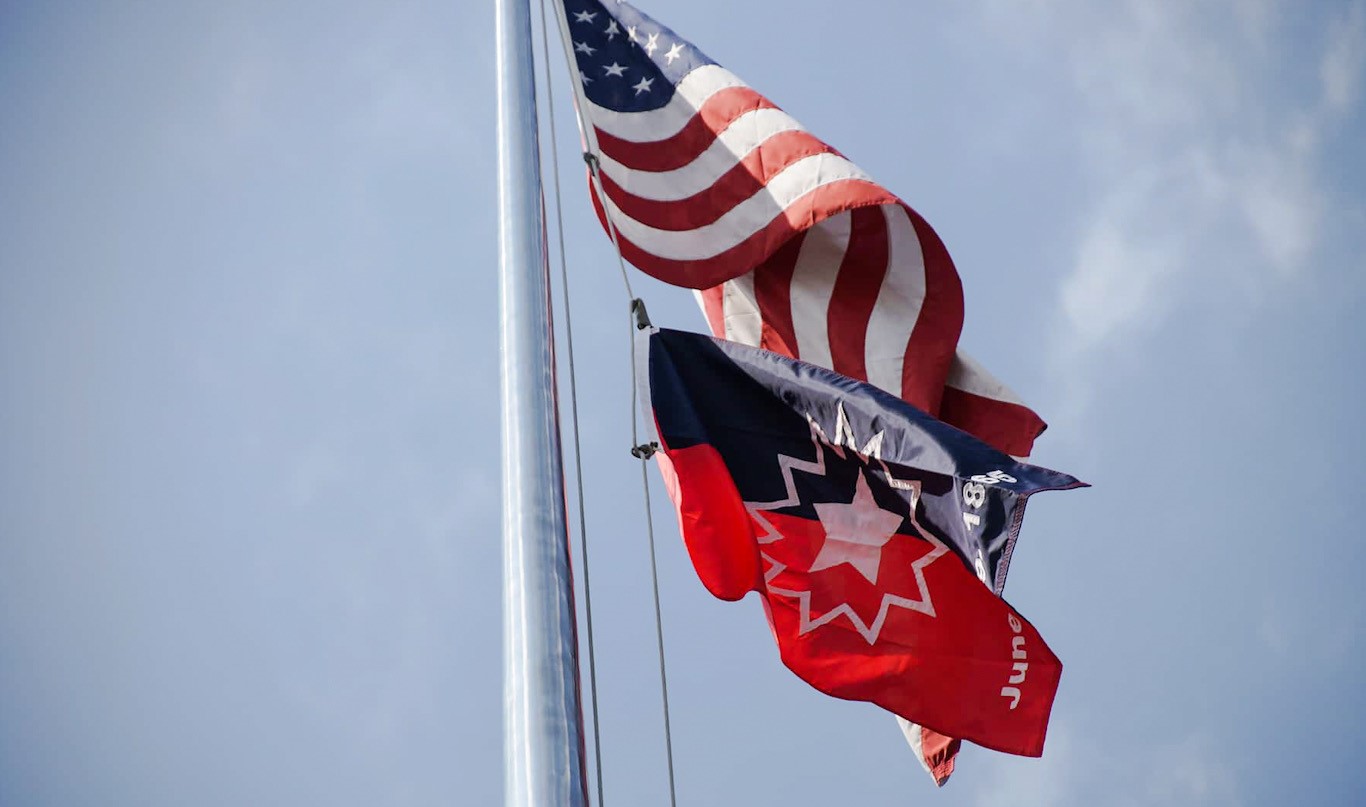 The star at center has dual meaning representing Texas and also the freedom of Black Americans in all 50 states. The bursting outline around the star, inspired by a nova, a term used by astronomers meaning new star represents a new beginning for Black people of Galveston and America. The curve that spans the width of the flag represents a new horizon: the opportunities and promise that lay ahead for Black Americans. The colors of red, white, and blue represent the American flag and the commitment that America has to live up to the ideal of liberty and justice for all.

We strongly encourage you to order by June 10 for guaranteed delivery by June 18. Click here to shop: Juneteenth “Freedom Day” Flag Tank Top